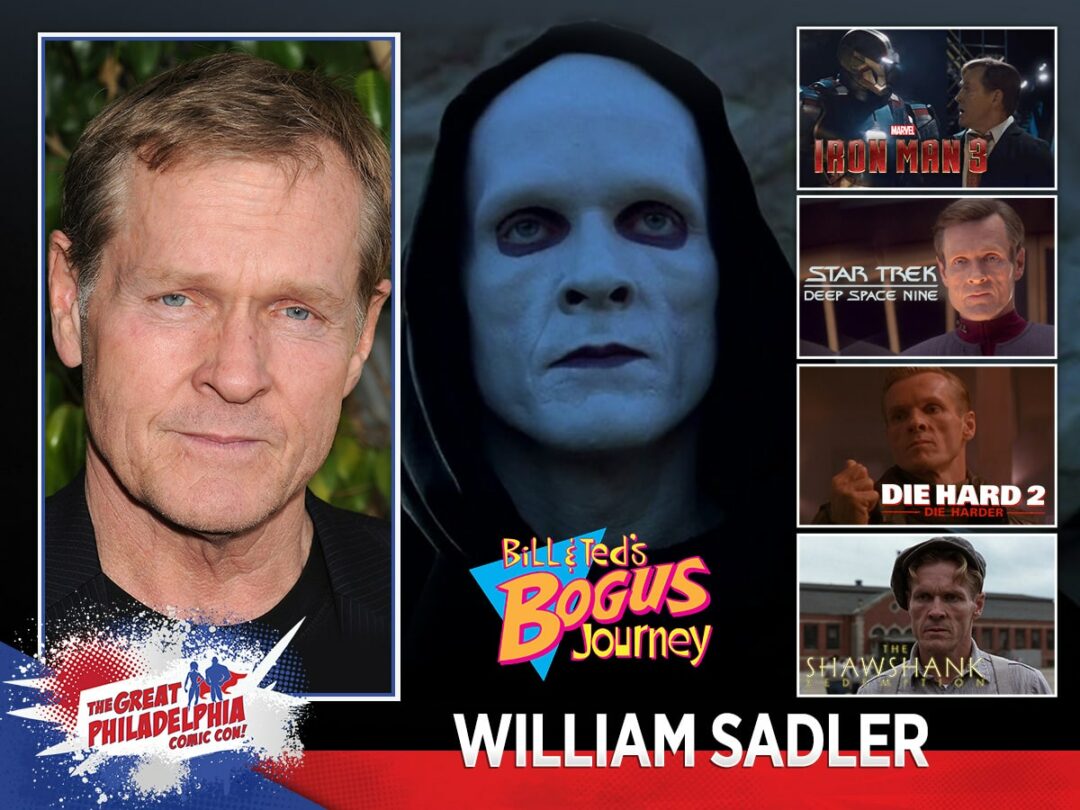 Sadler is best known for his roles in the 1990 action film Die Hard 2 as Colonel Stuart, as Heywood in the 1994 prison drama The Shawshank Redemption, the Grim Reaper in the 1991 comedy Bill & Ted’s Bogus Journey and as Brayker in Tales from the Crypt: Demon Knight. He was also a series regular on the television series Roswell as Sheriff Jim Valenti and in Wonderfalls as Darrin Tyler. Other film credits include Trespass, K-9, Project X, Disturbing Behavior, Kinsey, The Battle of Shaker Heights, Purple Heart and Jimmy and Judy.

Sadler’s TV guest appearances include In the Heat of the Night, Roseanne, Tru Calling, CSI, Numb3rs, and Law & Order: Criminal Intent. He had a recurring role on Star Trek: Deep Space Nine as Luther Sloan, a member of a covert organization called Section 31. He appeared in three episodes of Star Trek: Deep Space Nine in its final two seasons. In 2007, he played Carlton Fog on ABC’s Traveler, and in 2008 he appeared in both NBC’s Medium as well as Fox Television’s Fringe. The 1989 pilot episode of the HBO horror anthology series Tales from the Crypt featured Sadler in its lead role. In March 2011, Sadler made a guest appearance in NBC’s Chase.

Recently, he finished shooting with American independent filmmakers Dylan Bank and Morgan Pehme on the film Nothing Sacred. Sadler portrayed the robot Victor in the 2010 video game, Fallout: New Vegas. He played Lee Underwood in Greetings from Tim Buckley, a film on Tim and Jeff Buckley, which premiered at the 2012 Toronto International Film Festival.

Sadler appeared as President of the United States of America Matthew Ellis in Iron Man 3 that was released in May 2013, as well as the same role in Agents of S.H.I.E.L.D (2016). In 2015, he starred in Ava’s Possessions, which was screened at SXSW.