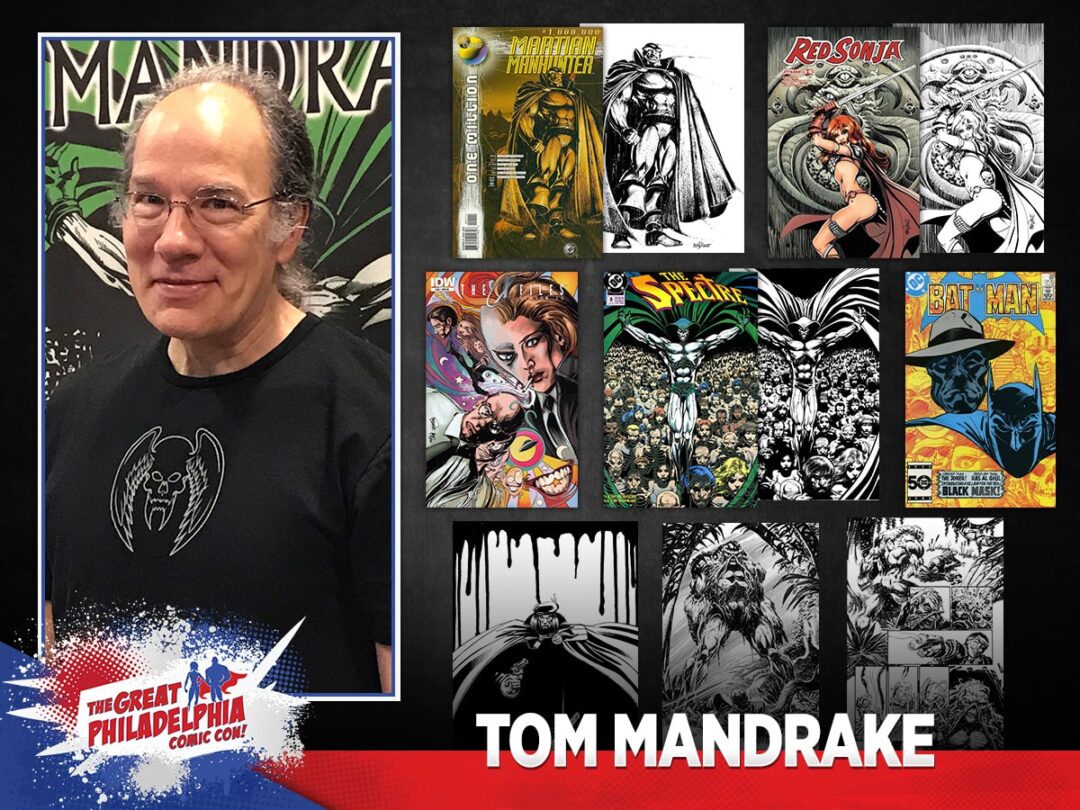 Tom Mandrake has created and illustrated comic books and graphic novels for all the major publishers. Titles he has worked on include BATMAN, THE MARTIAN MANHUNTER, FIRESTORM, SHAZAM and his acclaimed five-year run on THE SPECTRE for DC COMICS. THE NEW MUTANTS, THE PUNISHER, WEAPON X, WOLVERINE and THE HULK UNCHAINED for MARVEL COMICS.GRIMJACK for FIRST COMICS, The X-Files for IDW, SIDEKICK for JOE’S COMICS and many more.

Tom’s creator owned projects include TO HELL YOU RIDE with Lance Henriksen and Joe Maddrey through DARK HORSE COMICS and CREEPS with Dan Mishkin through IMAGE COMICS. He’s the co-developer of the HORROR COMICS correspondence course for the Joe Kubert School of Cartoon and Graphic Art.