THE ART OF TOMMY CASTILLO 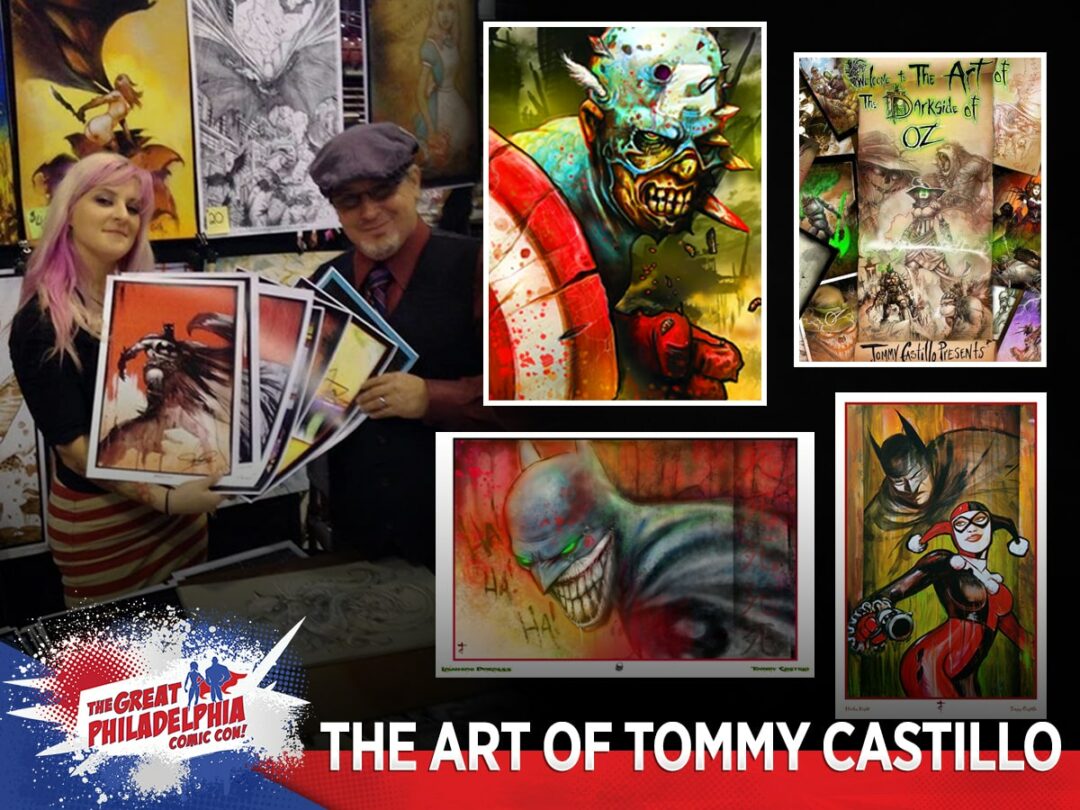 Tommy Castillo was a master artist of the twisted and the macabre. Whether creating a slimy corpse reaching for you or the gentle glance of a mighty dragon, Tommy will capture you with the dynamics of his penciling and the intensity of his palette. With a career spanning eighteen years, Tommy is famed and sought after for his dark humor, brilliant attention to detail, and his love of the darker side of art. Tommy has put paint and pencil to such titles as Batman Detective; Legends of the Dark Knight; Toetags, with Horror legend George Romero; Evil Ernie; Tales From the Crypt; Alice in Wonderland; King Kong; Dragons, Myths, and Mayhem; various storyboards and designs for films; and many more of the macabre based literature. Tommy has been sought out by the fields largest companies: DC comics, Paramount Pictures, Warhammer, Wizards of the Coast, and Image and as offbeat as Rolling Stone magazine. His diverse styling and insane line work have defined him as one of today’s greatest in the field of comics and fine art…and y’know, he rendered some of the scariest books of today.