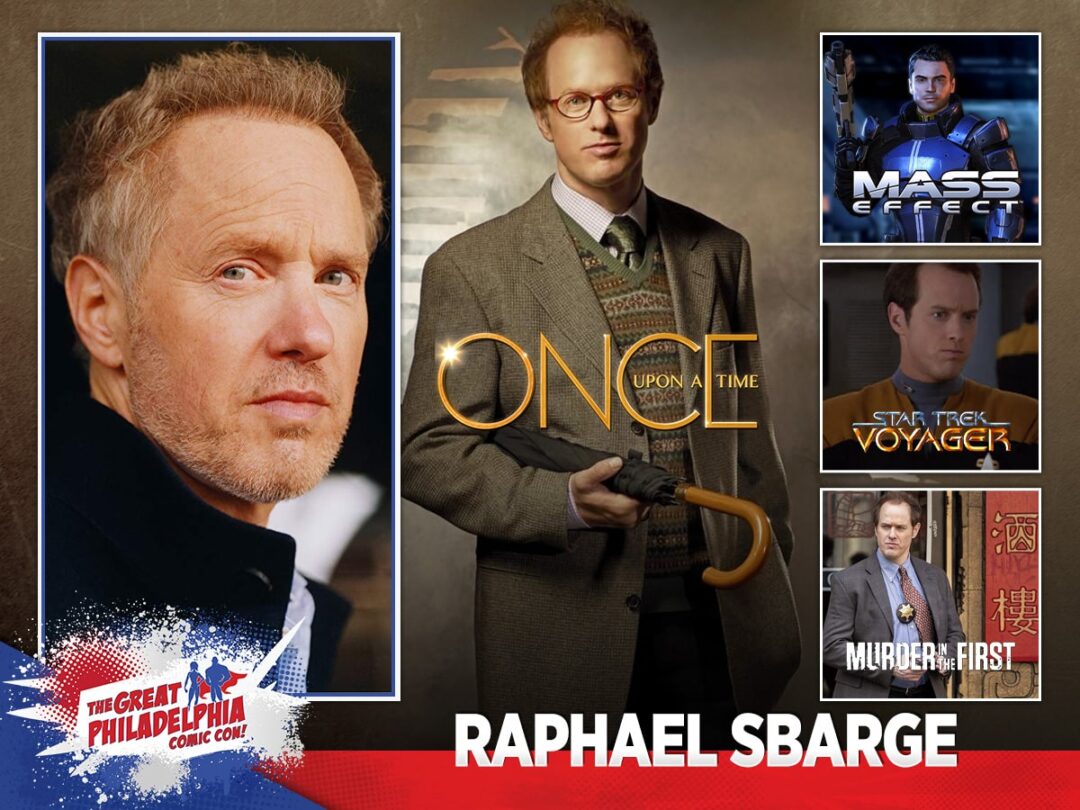 RAPHAEL SBARGE
Once Upon a Time, Murder in the First, Prison Break, The Guardian, Star Trek: Voyager
*APPEARING: FRIDAY, SATURDAY AND SUNDAY

Raphael Sbarge has explored countless worlds in more than 40 years as an actor-from fairy tales, as Archie Hopper and Jiminy Cricket in the hit ABC drama “Once Upon a Time”; to the gritty, modern-day streets of San Francisco as a detective in TNT’s drama, Murder in the First (2014). His own story began in Manhattan, as the only child of a Broadway costume designer mother, Jeanne Button, and a writer, artist, filmmaker and author father., Stephen Arnold Sbarge.

He began working at the age of 4, when a new PBS show called “Sesame Street” was looking for kids. At 13, he decided to return to acting and found an agent. He began working almost immediately: By age 16, he was in his first Broadway show, “The Curse of the Aching Heart”, opposite film star Faye Dunaway. At 18, just days after graduating high school, he flew to Chicago to co-star in “Risky Business” with Tom Cruise.

Sbarge stepped behind the camera, as well, serving as director and co-executive producer of two Web series: “On Begley Street” and “Jenna’s Studio”. He directed and produced a documentary about climate change, “Is There Hope for Planet Earth”, which was filmed at the California Institute of Technology in Pasadena, California. Sbarge founded Green Wish, a nonprofit that helps local green organizations find funding.