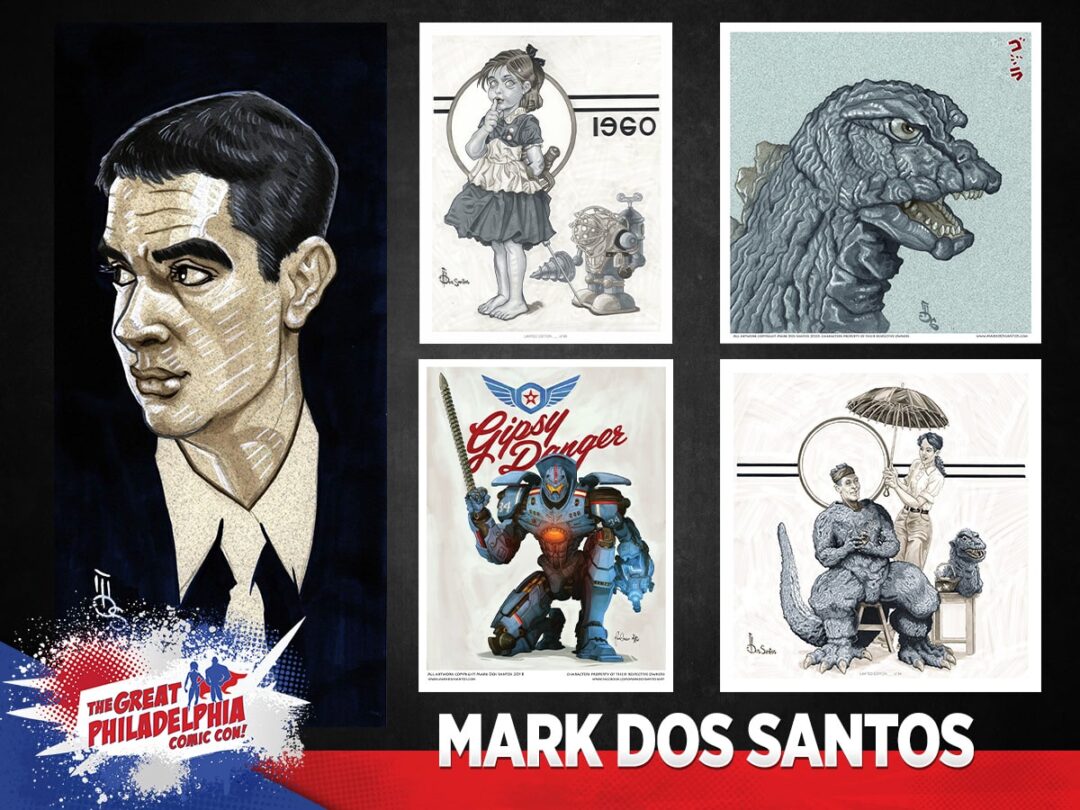 Mark Dos Santos is a Joe Kubert School Alumni, who’s work can be seen in the first two issues  of the Bill Willingham comic series LARK’S KILLER from First Comics. His other published comic credits include A TRAIN CALLED LOVE with Garth Ennis from Dynamite Entertainment.  IMPERIAL, a series he co-created with Steve T. Seagle (Big Hero 6, Ben 10) for Image Comics. RED CITY, also from Image Comics, ICARUS from Silence in the Library, FALL OF CTHULHU: GODWAR, CTHULHU TALES and EUREKA: DORMANT GENE for Boom Studios, and a comic adaptation of THE BOOK OF FIVE RINGS for Smarter Comics. Mark has also illustrated sketch cards for various card companies that include sets for MARVEL, DC STAR WARS, ADVENTURE TIME, GHOSTBUSTERS, HELLBOY ANIMATED, MARS ATTACKS and most recently RICK AND MORTY. In the literary world Mark’s illustrations can be seen in A HERO BY ANY OTHER NAME VOL. 1 & VOL. 2 from Silence in the Library and a cover for Morgan Gendel’s PLANET 6.