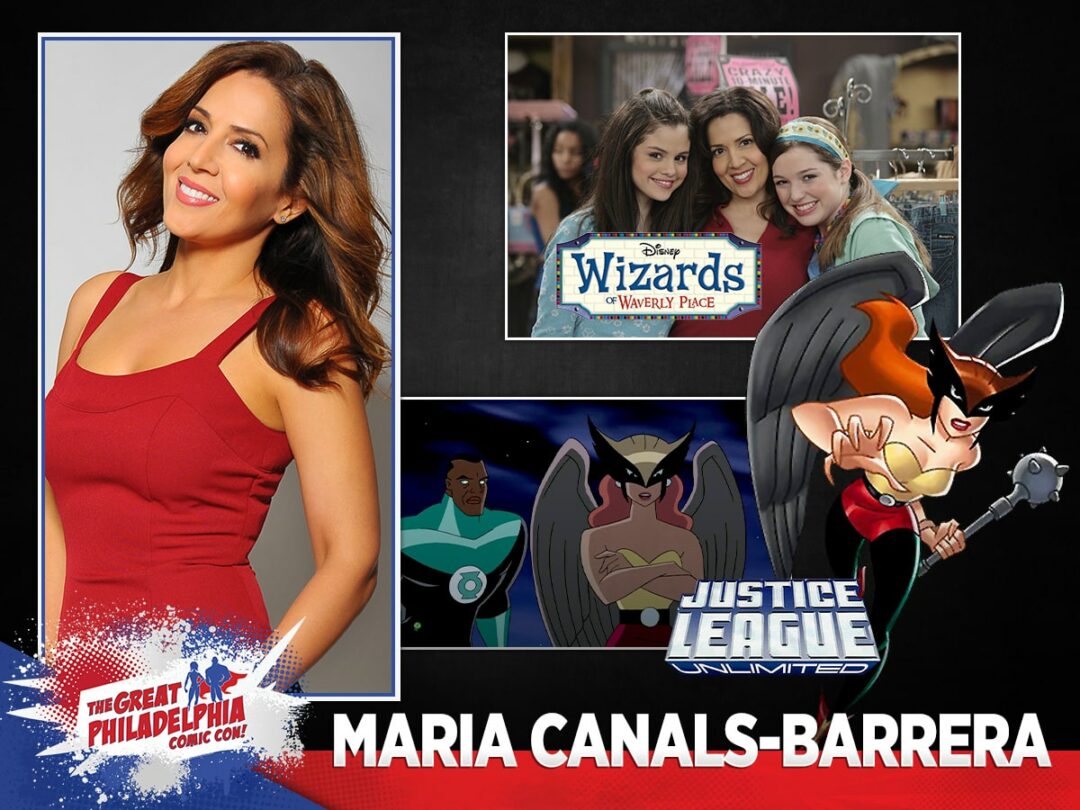 Whether she is appearing on TV, film, stage or lending her voice to countless hit shows, Maria Canals-Barrera is a multitalented actress who has showcased her talent across the board in entertainment.

Maria is best known for her starring role as the mortal mother of three teenage wizards, in the three time Emmy Award-winning series “Wizards of Waverly Place.” The show aired it’s series finale on January 6th, 2012 to an audience of 9.8 million, the series’ number one telecast ever. Maria reprised her role in the Emmy Award-winning Disney Channel Original Movie “Wizards of Waverly Place The Movie,” for which she won an Imagen award for Best Supporting Actress – Television in 2010. The cast re-united for a one-hour TV reunion special in March 2013. Canals-Barrera has also starred as Mitchie’s mom, Connie Torres, in the Disney Channel Original Movies “Camp Rock” and “Camp Rock 2: The Final Jam.”

Maria recently starred in the ABC comedy “Cristela,” alongside comedienne Cristela Alonzo, Gabriel Igelsias and Carlos Ponce. A 2002 Alma Award-winner for her role in the television series “Brothers Garcia,” Canals-Barrera starred in the Telemundo series “Marielena” and “Corte Tropical” for Univision.  She was the Female Lead on “The Tony Danza Show,” and she’s had guest-starring roles on “The Big Bang Theory,” “Last Man Standing,” “Curb Your Enthusiasm,” “George Lopez,” “The Loop,” “Popular,” “Veronica’s Closet,” “Caroline in the City” and “Almost Perfect,” as well as recurring roles in “Beggars & Choosers” for Showtime and the critically acclaimed PBS series “American Family.”  Canals-Barrera is also the voice of “Hawkgirl” in the animated series “The Justice League” and was the voice of “Sunset Boulevardez” in Disney Channel’s acclaimed series “The Proud Family.”

In August of 2011, Maria hosted the 26th annual Imagen Awards, illuminating the audience with her charismatic charm. Shortly after, she took home the 2011 NCLR Alma Award for Favorite TV Actress in a Supporting Role.  This year, the NCLR ALMA Awards honored Maria as one of the “ALMA’s 15/Los Quinces,” recognizing Maria as one of the leading Latinos, celebrating diversity and the inclusion in American entertainment and media.

On the big screen, Maria appeared in Universal Pictures’, “Larry Crowne,” directed by Tom Hanks and starring Hanks and Julia Roberts.  She can also be seen in “Master of Disguise” and “My Family / Mi Familia,” with Edward James Olmos, Jimmy Smits and Esai Morales.  On stage, Canals-Barrera appeared at the Mark Taper Forum in “Changes of Heart” for which she received an Ovation Award nomination.  Her other stage work include roles in “Chilean Holiday,” “Hedda Gabler,” “A Touch of the Poet,” “Mixed Blessings,” “The House of Blue Leaves” and “The Glass Menagerie.”

Maria was born and raised in Miami and is a graduate from the University of Miami where she majored in Theatre Arts and received her Bachelor of Fine Arts degree. When she isn’t acting you can find Maria in Los Angeles where she resides with her husband and two children, playing the part of a real mom.