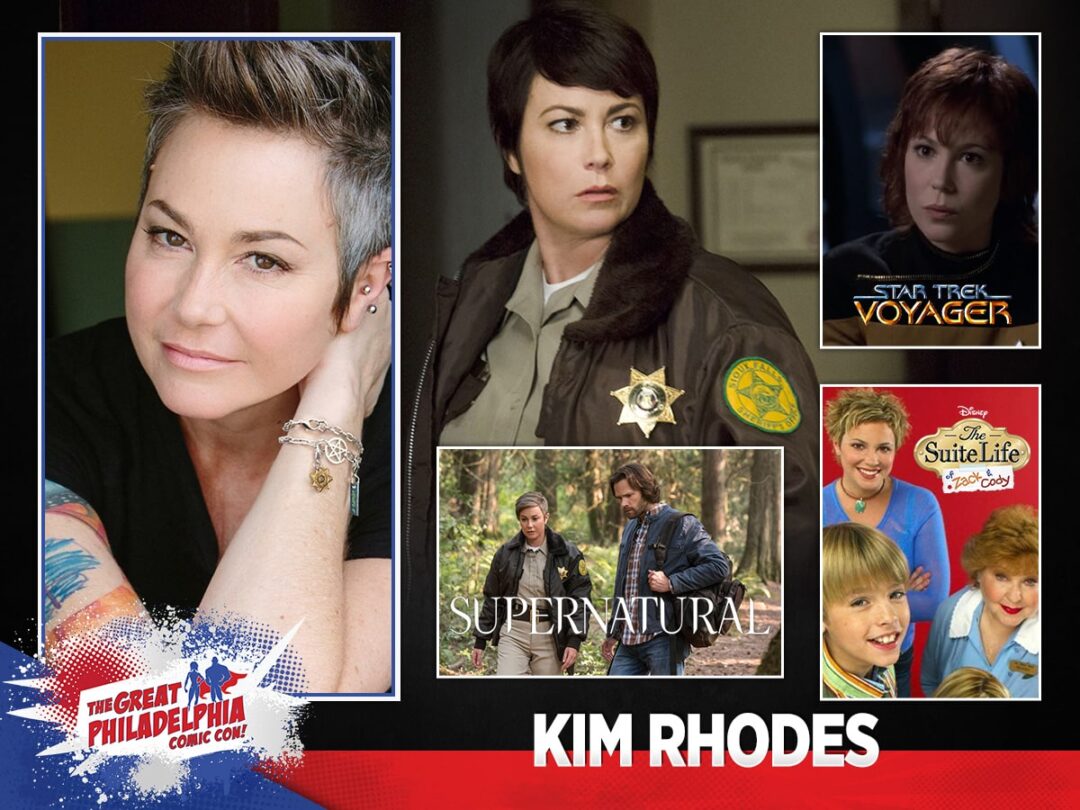 Kimberly Rhodes is an American actress, who is most known for her portrayal as Ensign Lydnsey Ballard in “Ashes to Ashes” episode of Star Trek Voyager, she also portrayed the role of “Cindy Harrison” on two different soap operas, Another World and As the World Turns, as well as Carey Martin in the Disney Channel sitcom The Suite Life of Zack & Cody and The Suite Life on Deck, in which she played the mother of twins Zack and Cody (Dylan and Cole Sprouse). In 2010, she was cast as Sheriff Jody Mills on the CW’s show Supernatural. She first appeared in the season 5 episode “Dead Men Don’t Wear Plaid”, with her character appearing in every season since.