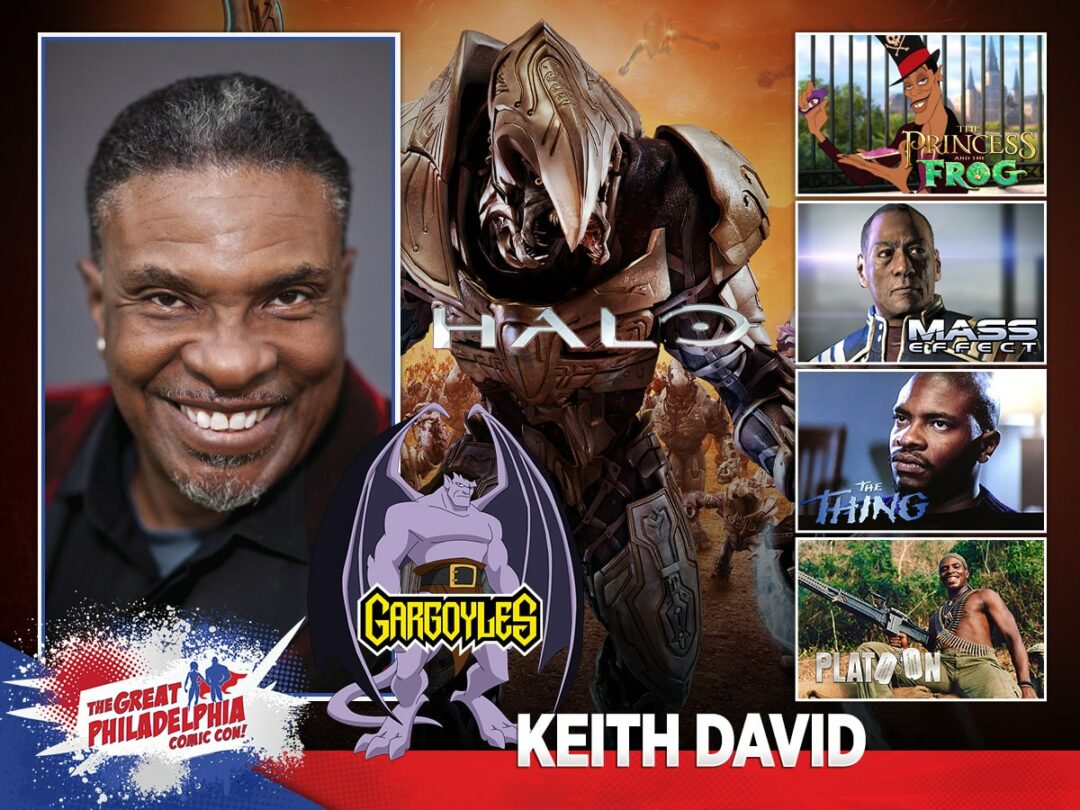 Keith David is an award-winning actor with more than 150 film, television and stage roles to his credit. Most recently he appeared in The Nice Guys with Russell Crowe and Ryan Gosling. Other film credits include the Oscar-winning Best Pictures Platoon and Crash, as well as such notable titles as Clint Eastwood’s Bird, Steven Spielberg’s Always, Sam Raimi’s The Quick and the Dead, Spike Lee’s Clockers, the Hughes brothers’ Dead Presidents, Michael Bay’s Armageddon, the Farrelly brothers’ There’s Something About Mary, and the Wachowski’s Cloud Atlas, to name only a few.  He has also lent his voice to such animated features as Coraline and The Princess and the Frog.

David has won two Emmy Awards for his voice-over performances in the PBS Ken Burns’ projects The War and Unforgivable Blackness: The Rise and Fall of Jack Johnson.  He has also been Emmy nominated four other times, including this year for his narration of Jackie Robinson.  Other nominations include the documentary Jazz, his portrayal of Earl Woods in The Tiger Woods Story, and as Goliath in the animated series Gargoyles.  He is currently starring in the title role of the OWN series Greenleaf produced by and also starring Oprah Winfrey.  David received a Critics’ Choice Award nomination for Best Supporting Actor in a Comedy Series for his role in Enlisted on Fox.  His other television credits include the series Community, as well as numerous guest star appearances and voice roles.  His voice has also been heard in a number of popular video games, including Halo, Mass Effect and Saints Row.

An accomplished stage actor, David earned a Tony Award nomination for his performance on Broadway in Jelly’s Last Jam.