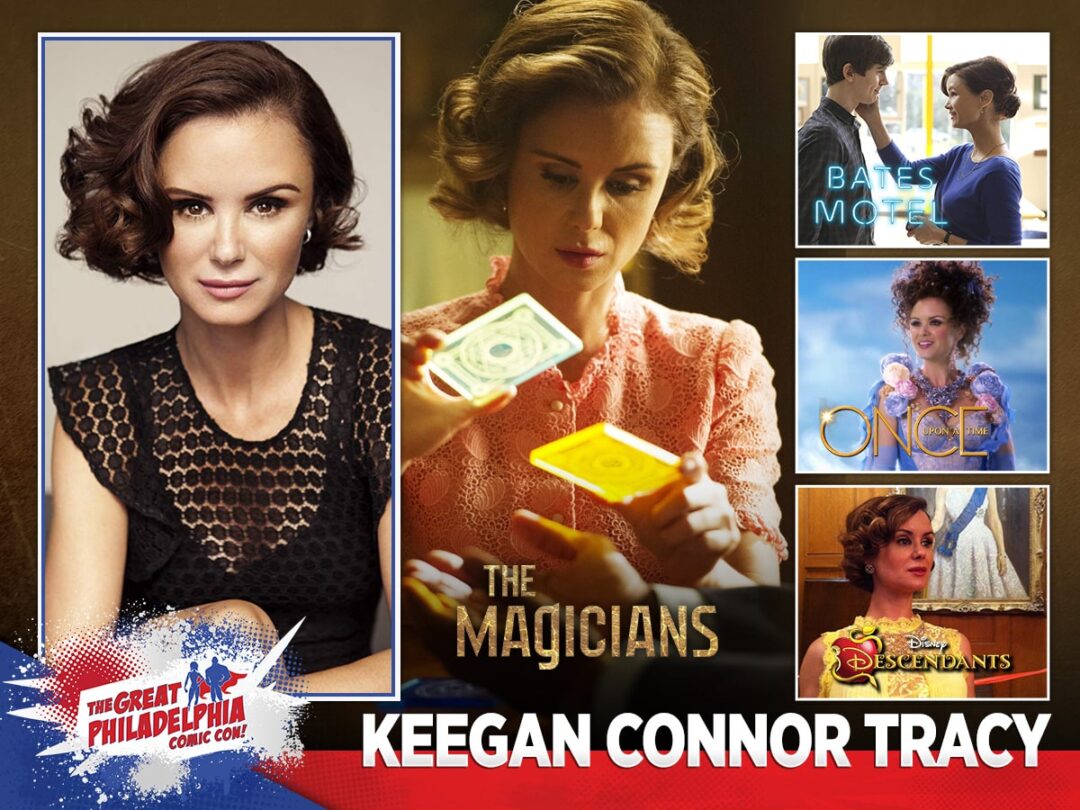 Keegan Connor Tracy is a Canadian actress best known for her roles as Audrey Malone in the Showtime comedy-drama series Beggars and Choosers (1999–2000), the Blue Fairy in the ABC fantasy series Once Upon a Time (2011–18), Miss Blaire Watson in the A&E drama series Bates Motel (2013–16), and Professor Lipson in the Syfy fantasy series The Magicians (2016–18). Tracy’s other notable work includes roles on the television series Stargate SG-1, Jake 2.0, The 4400, Psych, Battlestar Galactica, and Supernatural.

In film, she is best known for her roles as Kat Jennings in the supernatural horror film Final Destination 2 (2003), Mirabelle Keegan in the supernatural horror film White Noise (2005), Dolly Dupuyster in the comedy-drama film The Women (2008), Ellen in the drama film Words and Pictures (2013), and Queen Belle in the fantasy films Descendants (2015) and Descendants 2 (2017).