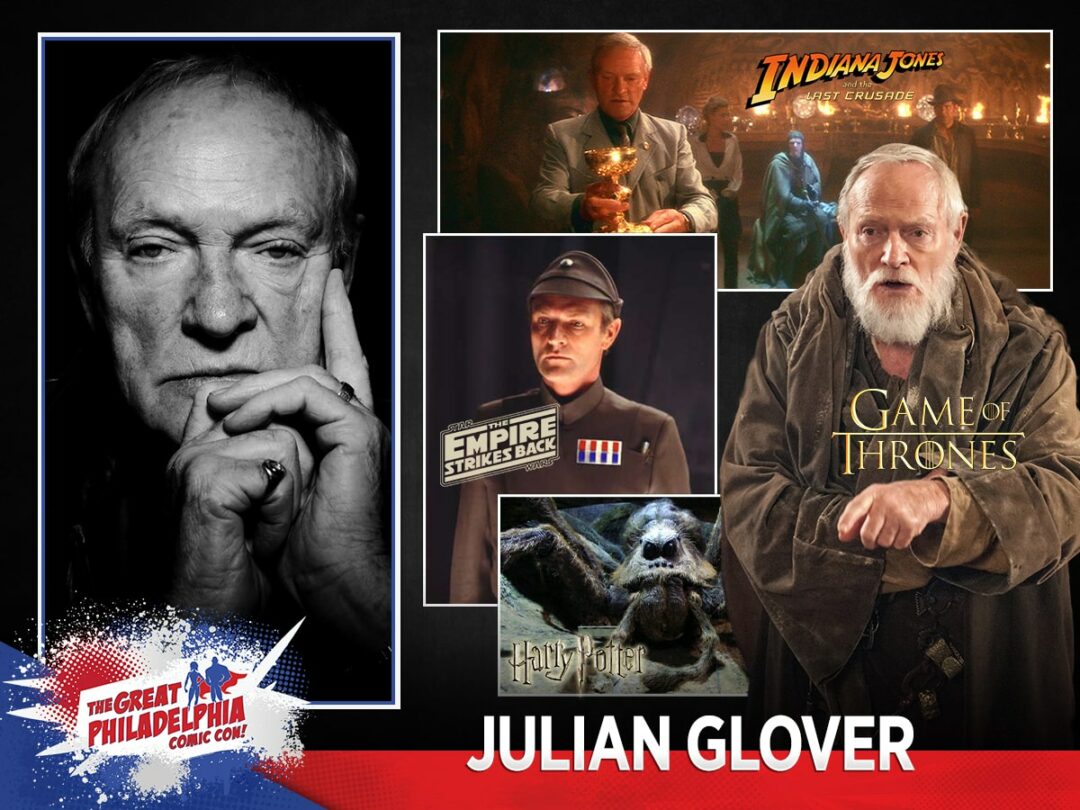 JULIAN GLOVER
Star Wars: Episode V – The Empire Strikes Back, For Your Eyes Only, Indiana Jones and the Last Crusade, Harry Potter and the Chamber of Secrets, Game of Thrones

Primarily a classical stage actor, Julian Glover trained at the National Youth Theatre, performed with the Royal Shakespeare Company and became a familiar face to British television viewers by appearing in many popular series during the 1960s and 1970s. His talent for accents and cold expression made him an ideal choice for playing refined villains. During the 1980s, Glover achieved some fame in Hollywood by playing roles in such popular films as Star Wars: Episode V – The Empire Strikes Back (1980), For Your Eyes Only (1981) and Indiana Jones and the Last Crusade (1989) as well as more recent works like Harry Potter and the Chamber of Secrets. He was awarded Commander of the Order of the British Empire in the 2013.

Most recently fans can see him playing the part of Grand Maester Pycelle on HBO’s Game of Thrones.