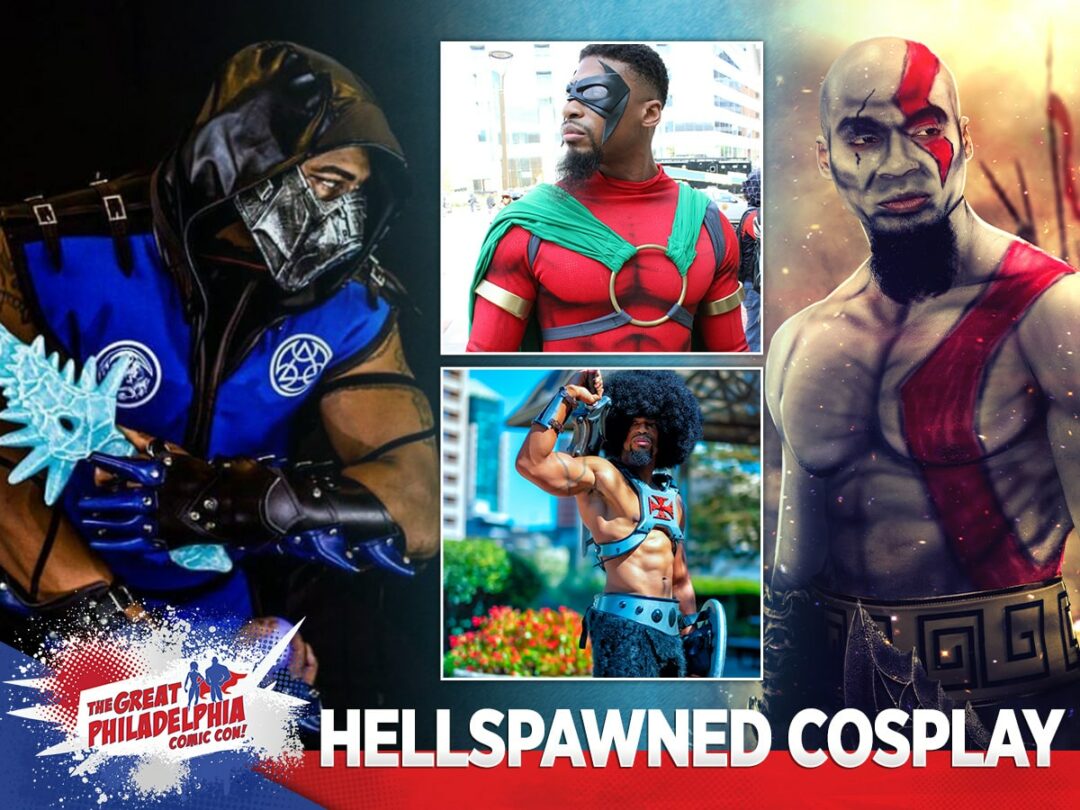 Hellspawned Cosplay has been active in the community since 2017 and he’s portrayed a number of characters that were personal to him. From Kratos to Sub-Zero to He-Man…. he’s never really embodied characters that were of the “bandwagon” sort. Only those he has a deep passion for. He’s best known as the “Afro He-Man”.

Hellspawned has been to the most recent San Diego Comic Con as press, and interviewed actors, actresses and composers on behalf of JVS YouTube channel. He’s a brand ambassador for Black Heroes Matter clothing and Figure This in 3D while also being represented by Invictus Modeling, LLC.

Meanwhile, he’s trying his hand at acting these days to see if it’s a viable option for him financially since he recently became a father to gorgeous and strong little boy named Kaua’i. There’s a short film that Hellspawned has been working on based in Baltimore that is being submitted for consideration at Sundance and other film festivals and he’s become a member of the “Lost Cos” TV show that is a scripted narrative centered around cosplay filmed in Manhattan.

Featured in 4 cosplay magazines in 2019….two of which he made the cover for….the February issue of Cosplazine and the November issue of Cosplay Alliance Magazine. Hellspawned Cosplay has been learning the various paths of the craft but it’s been slow going. Sewing, foam-smithing…all of it is something that he’s interested in becoming proficient in.

His cosplay mission beyond having an outlet for creativity is to push for the proliferation of minorities within mainstream media. He’s been making some pretty sizable strides in that arena seeing as how his He-Man cosplay went viral enough for the writers of the DC Comics mini-series “He-Man and the Masters of the Multiverse” are considering using his image within the final issue due out in April 2020 and to be THE featured He-Man cosplayer at this year’s Power-Con… the He-Man and She-Ra convention held in Anaheim, California.