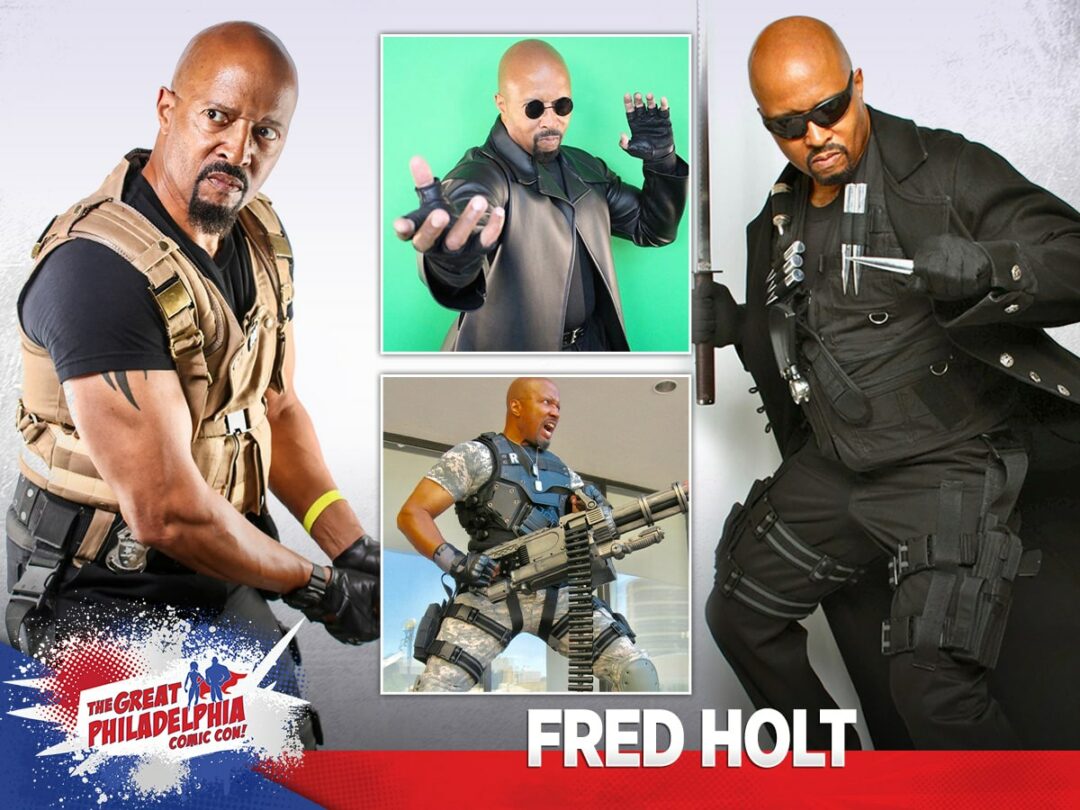 Fred Holt has been cosplaying for 16 years. He was born and raised on the South End of Albany, New York. His first cosplay event was in 2003 at the Las Vegas Comic Con as “Morpheus” from “The Matrix.”

He has appeared at numerous events across the United States as “Blade,” “Nick Fury,” “G.I. Joe’s Roadblock” and many other characters. He earned his Bachelor’s Degree in Business Administration in August 2003 through Wayland Baptist University.

He was a costume contest judge at the 2015 Southern Maryland Comic Con, presided on the “Diversity in Cosplay” panel at the 2016 Creator Con (Silver Springs Maryland), served as a cosplay guest at the 2018 Empire State Comic Con (Albany New York) and at the 2019 J1-Con (Atlantic City New Jersey).

Fred has hosted cosplay photo shoots at the 2019 Awesome Con (Washington D.C.), Frederick Maryland Comic Con and the Baltimore Maryland Comic Con! Fred has a great love for the cosplay community. He believes that the Great Philadelphia Comic Con is the perfect venue to promote fun, friends and fellowship!

Fred currently resides with his wife Teresa in Frederick Maryland.