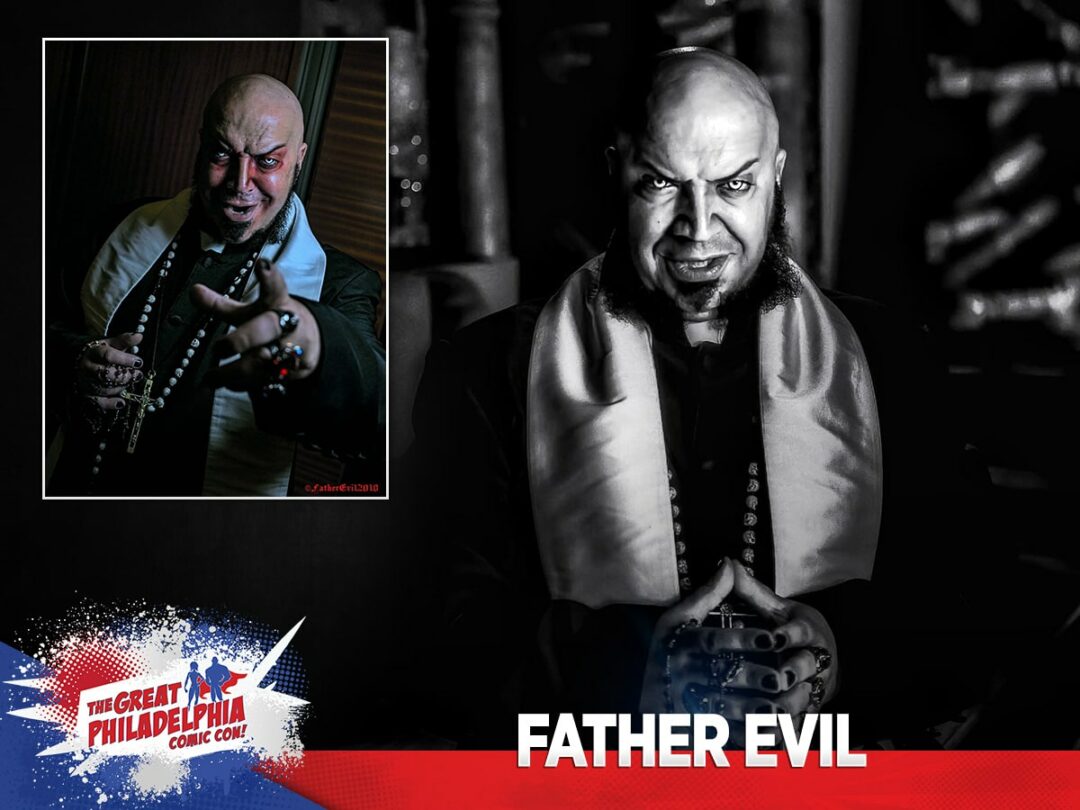 Father Evil comes from the creative mind of Lou Avilleira. He first came up with the idea of the Holy Father in 2009 for a Halloween party. He received such positive feedback from his character that he decided to take it a little further. Starting out at Chiller Theatre as one of many costumed horror fans, he soon rose above as one of the best. Father Evil is now well known amongst the horror community with an extensive fan following. The rest is history.

Lou Avilleira was born and raised in Perth Amboy, New Jersey. Born of Cuban immigrants, he was the first generation born in America. Having a early love of horror due to the influence of his mother, he’s always had a love for the darkside. He is happily married to his wife of 15 years, Sarah, and has a son, Xavier. Lou currently resides in Woodbridge Township, New Jersey.