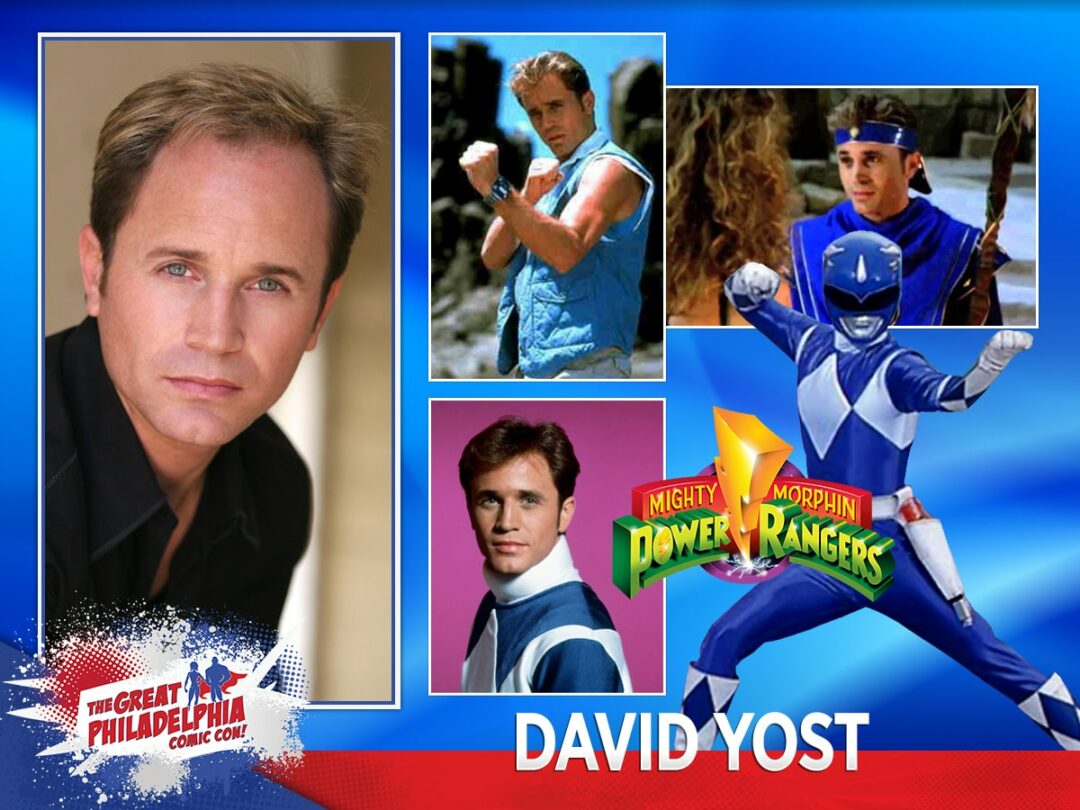 David Yost is an American actor most notably known for his role as Billy, the Blue Ranger on the international television series The Mighty Morphin’ Power Rangers. Yost completed over 200 episodes of the series and starred in the feature film Power Rangers: the Movie. The feature film was produced by some of Hollywood’s leading producers like Jon Landau (Titantic & Avatar) and Suzanne Todd (the Austin Powers franchise &
Alice in Wonderland). Yost was born in Council Bluffs, Iowa but moved around considerably while growing up as child. He has been able to call Death Valley, CA, Denver, CO and Billings, MT home. He graduated high school from Amador Valley High located in Pleasanton, CA. Yost attended Graceland University in Lamoni, Iowa graduating with a degree in Communications and Dramatic Arts. Like many actors, Yost moved to Hollywood with the dream of making it big and within three months of being in the city, he landed the role of Billy, the computer literate superhero, on Power Rangers.

Since leaving the series, Yost has turned his attention to behind-the-scenes work in the Entertainment Industry. He has worked on and produced many reality television shows most notably The Real Housewives of Beverly Hills for Bravo and Temptation Island for FOX. He recently completed the second season of NTSF:SD:SUV:: – a comedy spoof of shows like CSI or NCIS and just finished production on NEWSREADERS – a comedic take on the people who bring us the news. As well as being a producer, Yost has held the title of Director of Production at the Sci Fi Lab, a television development entity for the SyFy Channel and Manager of Licensing for Pioneer/Geneon Entertainment in which he sold completed television series to international distributors, domestically closing deals with MTV & Showtime.

Yost is involved with several charitable organizations. He starred in the play Fallen Guardian Angels at the Complex in Los Angeles which benefited AIDS Project L.A. (APLA). The play was about six different individuals dealing with HIV/AIDS in various situations. The proceeds from the play went to benefit Children’s Hospital AIDS Center and the entire production raised over $25,000. Yost is credited with raising $5,000 for the hospital and the reviews for his performance from LA Weekly Theatre were highly favorable. Yost continues to raise money and advocate for APLA as well as Project Angel Food and The Trevor Project.