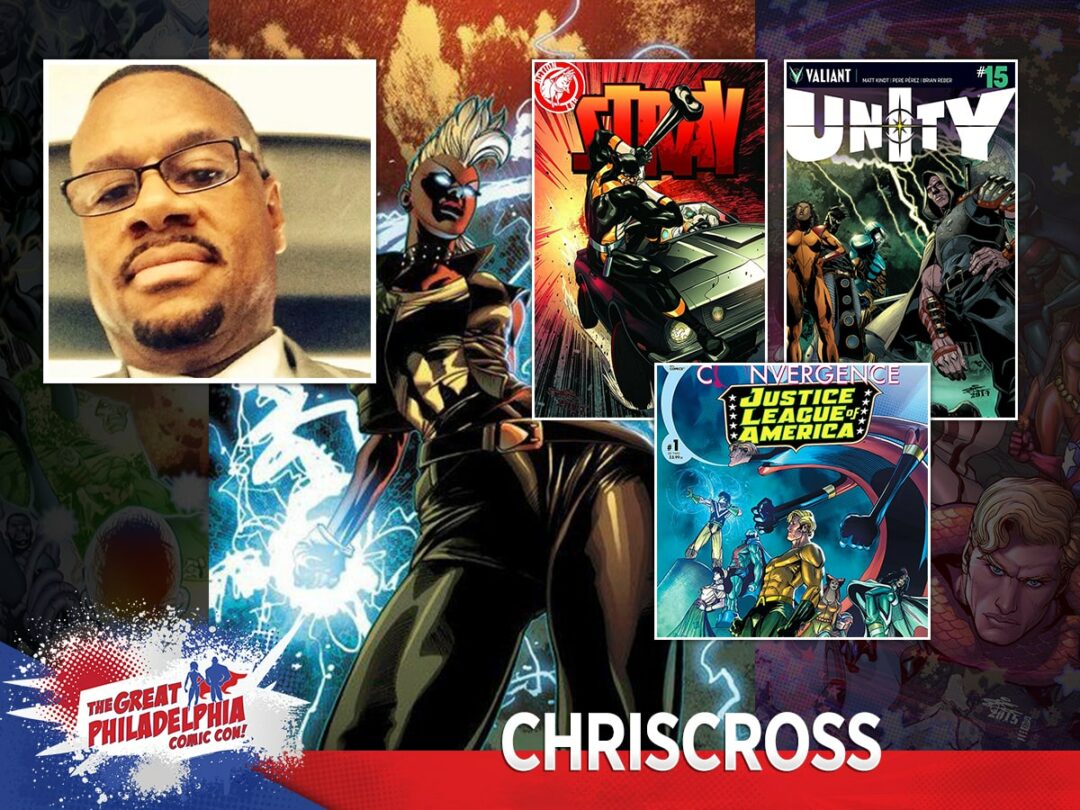 ChrisCross is a comic book illustrator that has worked in the industry for 25+ years. Even though he’s done a surmountable amount of work outside the industry, the bulk of his works have been for comic and graphic novel giants like DC Entertainment and Marvel Entertainment. He’s best known for his work on Captain Marvel in the late ‘90’s and early 2k, and his work for Blood Syndicate and Heroes for Milestone Media, XERO, Firestorm, JLA, the Final Crisis Aftermath: DANCE miniseries, The Milestone Forever prestige format graphic novel, T.H.U.N.D.E.R Agents, Superman/Batman, Supergirl, JLA DETROIT for DC’s Convergence storyline, and is finishing BANKSHOT for Dark Horse Entertainment. He worked on art with characters Black Panther, Fantastic Four and X-men for Marvel licensing. He’s also worked with Valiant Entertainment on Bloodshot, and has done cover work on their other titles X-O ManoWar and Eternal Warrior. Presently ChrisCross Is working with Lion Forge’s imprint Catalyst Prime’s KINO paired up with prolific writer, JOE CASEY. He is also hard at work as the Owner, President and CEO of Eternal Kick LLC. Which Is an entertainment company he’s creating showcasing I.P’s for graphic novels through the company that will be the seed for motion pictures, video games, web content, cartoons, and various transmedia concepts that are in currently in preproduction.