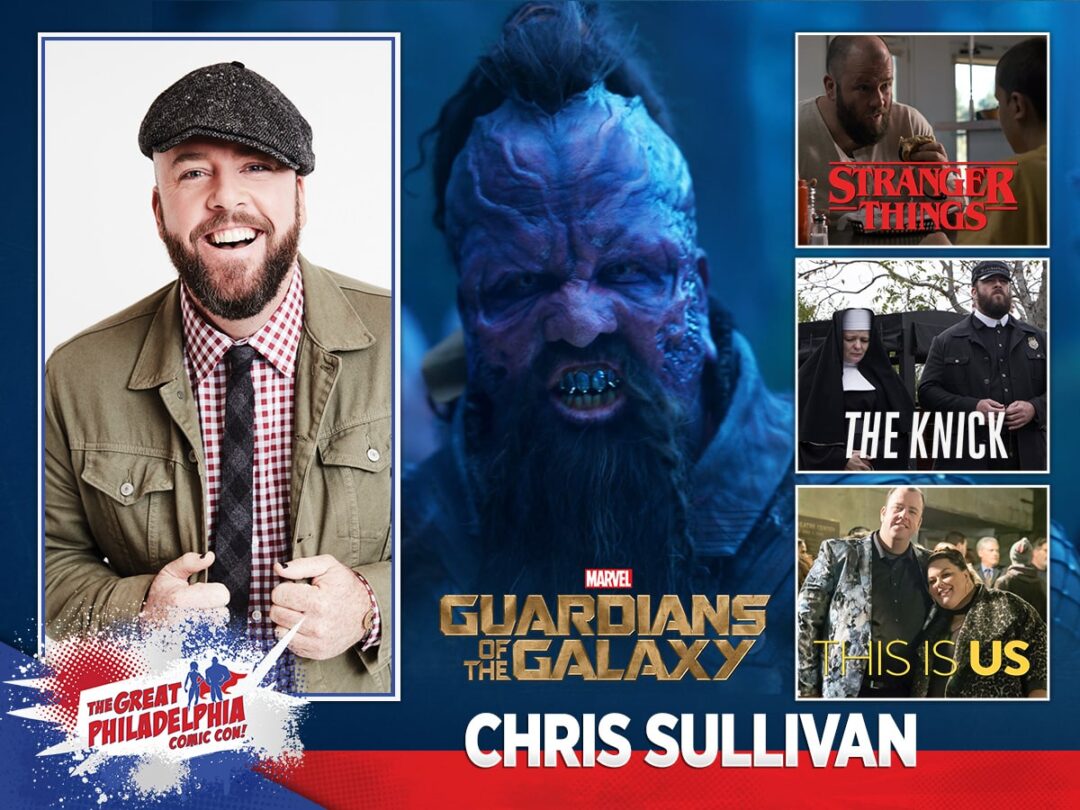 CHRIS SULLIVAN
Guardians of the Galaxy 2, Stranger Things, The Knick, Live by Night, This is Us, Imperium
*APPEARING: FRIDAY, SATURDAY AND SUNDAY

A man of many talents, Chris Sullivan wedged his way into fan’s hearts as wildly opportunistic ambulance driver Tom Cleary on Cinemax’s The Knick. Sullivan recently appeared on the big screen alongside Peter Quill and his misfit gang as Taserface in Marvel’s much anticipated Guardians of the Galaxy Vol. 2.

Sullivan will also appear in the Ben Affleck helmed Live by Night in which he plays Brendan Loomis, and stars alongside Daniel Radcliff and others in the crime drama Imperium. Chris also portrayed Benny in the first episode of the Netflix hit Stranger Things and has a recurring role as Toby on the critically-acclaimed NBC drama This is Us. Chris also starred alongside Kate Mara and Paul Giamatti in the Ridley Scott produced thriller, Morgan.

Sullivan not only starred in, but also produced the short film The Pooka. He’s also a musician and released The Odd Sea with Sully and the Benevolent Folk.