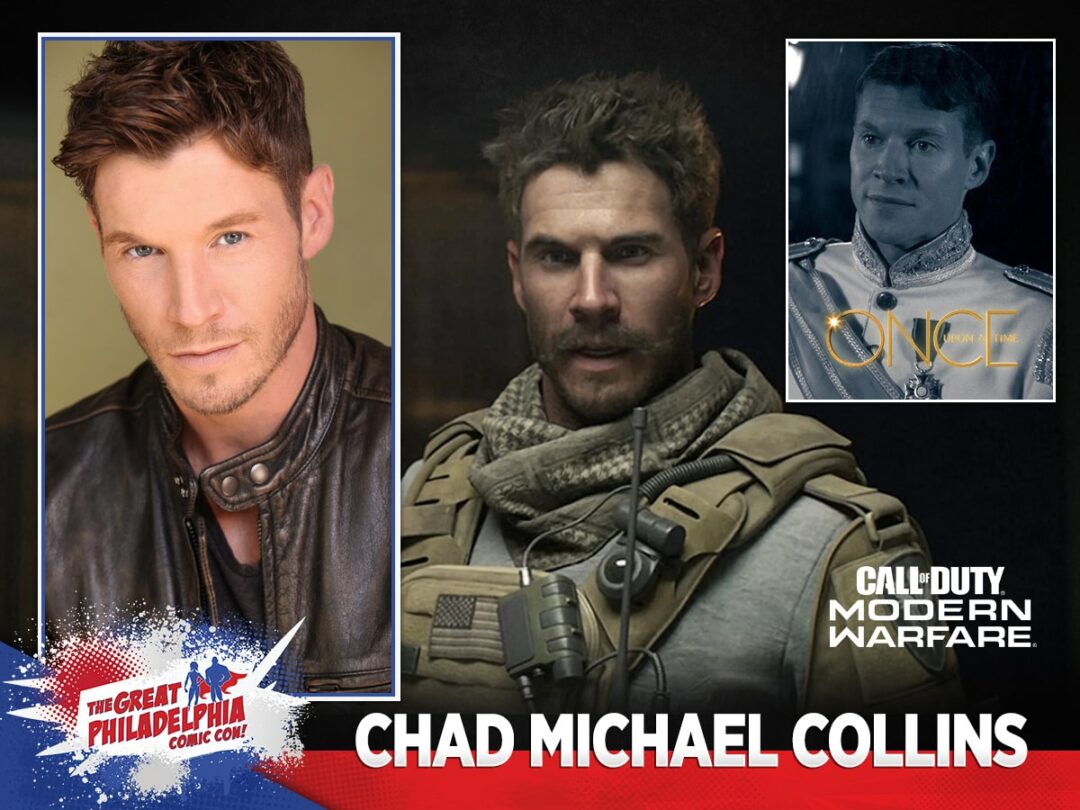 CHAD MICHAEL COLLINS
Once Upon a Time, Call Of Duty:Modern Warfare, Extinct

This fall, Collins will star in the highly-anticipated “Call of Duty: Modern Warfare” video game from Activision, playing a lead role in the newest installment of the hugely popular military first-person-shooter franchise. He will also be seen starring in AMC Shudder network’s “Creepshow” television series this fall.

Collins stared as the lead in the John Carpenter-esque action-horror-western film “High Moon” with co-star Sean Patrick Flanery this summer. The movie tells the tale of ‘Colt’, an old West cowboy-werewolf hunter who is transported to the present day to vanquish a pack of bloodthirsty lycans terrorizing a small town. He also recently starred on “MacGyver” for CBS.

Sci-fi fans enjoyed Collins as the lead in the Orson Scott Card/Aaron Johnston-created television series “Extinct”. Set 400 years in the future after the extermination of mankind by alien forces, “Extinct” follows several humans who find themselves “reborn” on planet Earth by a benevolent alien race. The series premiered on BYUtv last fall.

Born and raised in the countryside of upstate New York, Collins moved to Los Angeles with a journalism degree in hand and began working for a boutique entertainment public relations firm. After a few years doing personal publicity, talent reps he worked alongside suggested he try an acting class. Over the course of several years treating acting as a hobby, Collins committed to the profession after some nice professional breaks lead to “Sniper: Reloaded” (2011), as the film shoot in South Africa changed his life and career trajectory.

Since then, Collins has amassed over 25 significant television and film credits in the past several years, doing everything from recurring and guest star work on primetime and cable TV to starring in lead roles on studio and independent films, enjoying comedic and dramatic roles alike. Collins has garnered fans both inside and out of the industry from his work starring in “Shooter”, “Christmas Cupid’s Arrow”, “Once Upon a Time”, “Freakish”, “Company of Heroes”, “NCIS”, “NCIS: New Orleans”, “Blue Bloods”, “2 Broke Girls”, “Castle”, “Bones”, “Lake Placid 2”, and many more.