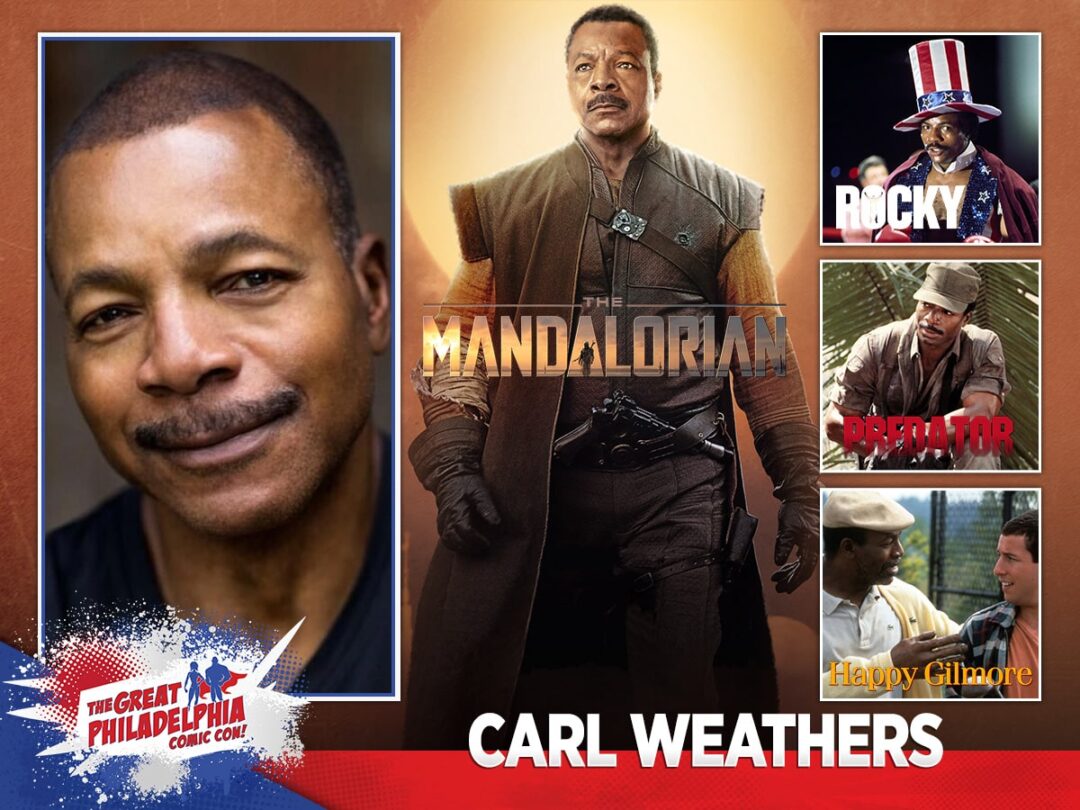 An American actor and former professional football player. Carl is best known for portraying Apollo Creed in the Rocky series of films, Al Dillon in Predator, Chubbs Peterson in Happy Gilmore and Little Nicky, and a fictionalized version of himself on the comedy series Arrested Development.

He currently holds a recurring role as Greef Karga on the Star Wars-spinoff series, The Mandalorian. As a football player, Weathers played for the Oakland Raiders of the National Football League and the B.C. Lions of the Canadian Football League.

*Basic Items include any 8×10 photo, posters, DVD Inserts or other “lay flat” item.
**Premium Items include but are not limited to: Boxing Gloves, Trunks, Masks and Figures.