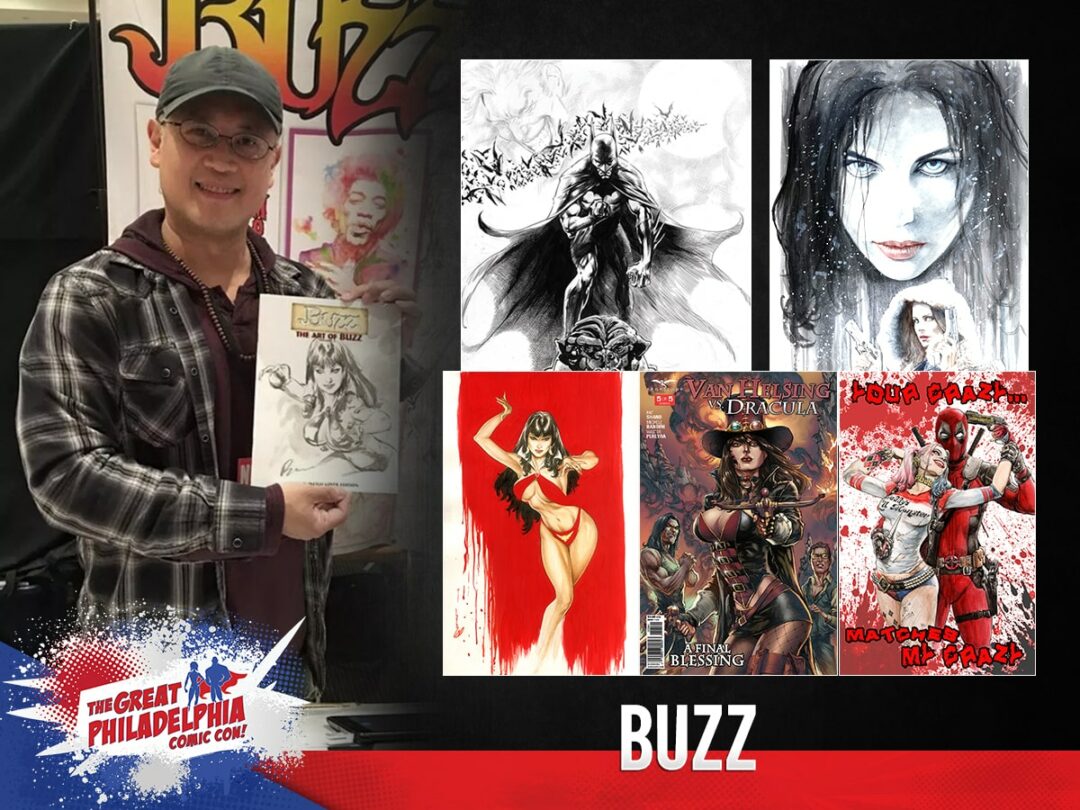 Buzz is a comic book artist known for his work on JSA, ATOMIKA, VAMPIRELLA, LUNA, X-FACTOR, IMPULSE, and Shi to name a few.

A very popular and sought after commission artist among the art collectors and the comic-book convention circuit.