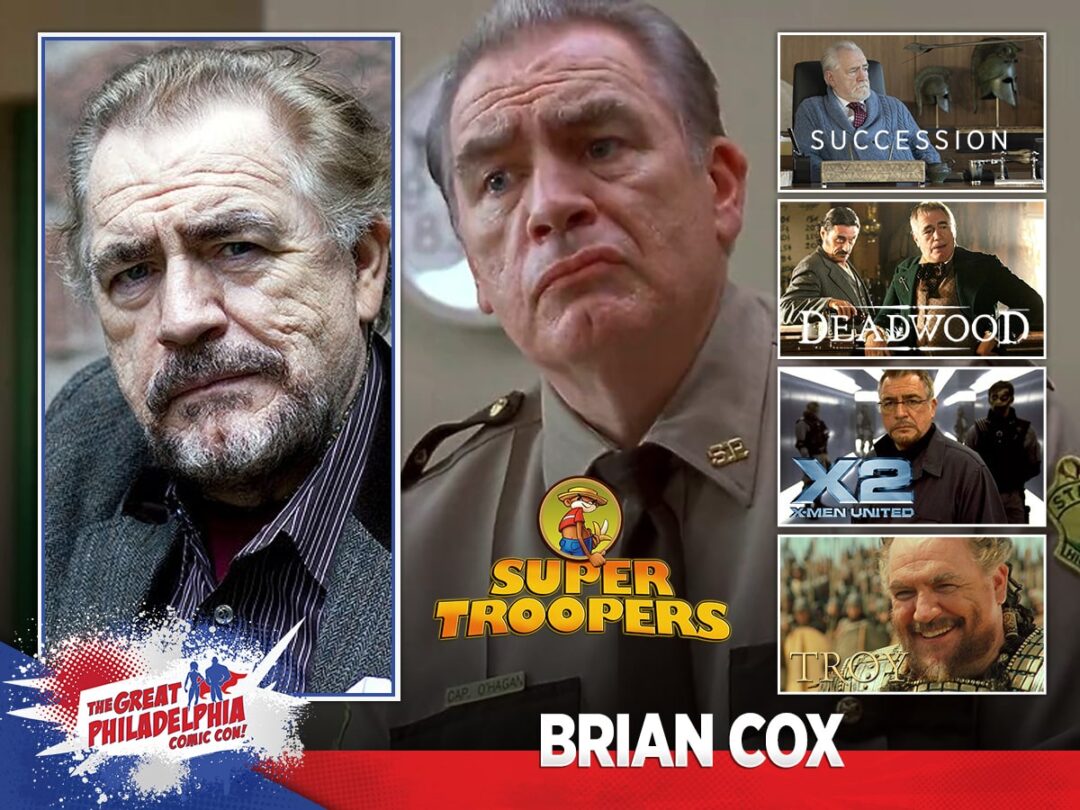 Brian Cox is a Scottish actor who works with the Royal Shakespeare Company, where he gained recognition for his portrayal of King Lear. He currently stars as media magnate Logan Roy on HBO’s Succession, and received a Golden Globe in 2020 for the role. Through the 1990s, he appeared in nearly 20 films and television series, as well as making numerous television guest appearances.

Cox is well known having appeared in movies such as Super Troopers, The Bourne Identity, The Bourne Supremacy, X-Men 2, Braveheart, Rushmore, Rise of the Planet of the Apes, and Troy. With over 200 credits he is best known for his natural Scottish accent and a tendency to play antagonist characters who are often government agents.

He was the first actor to portray Hannibal Lecter on film in 1986’s Manhunter.

This is Cox’s first US Comic Convention Appearance.