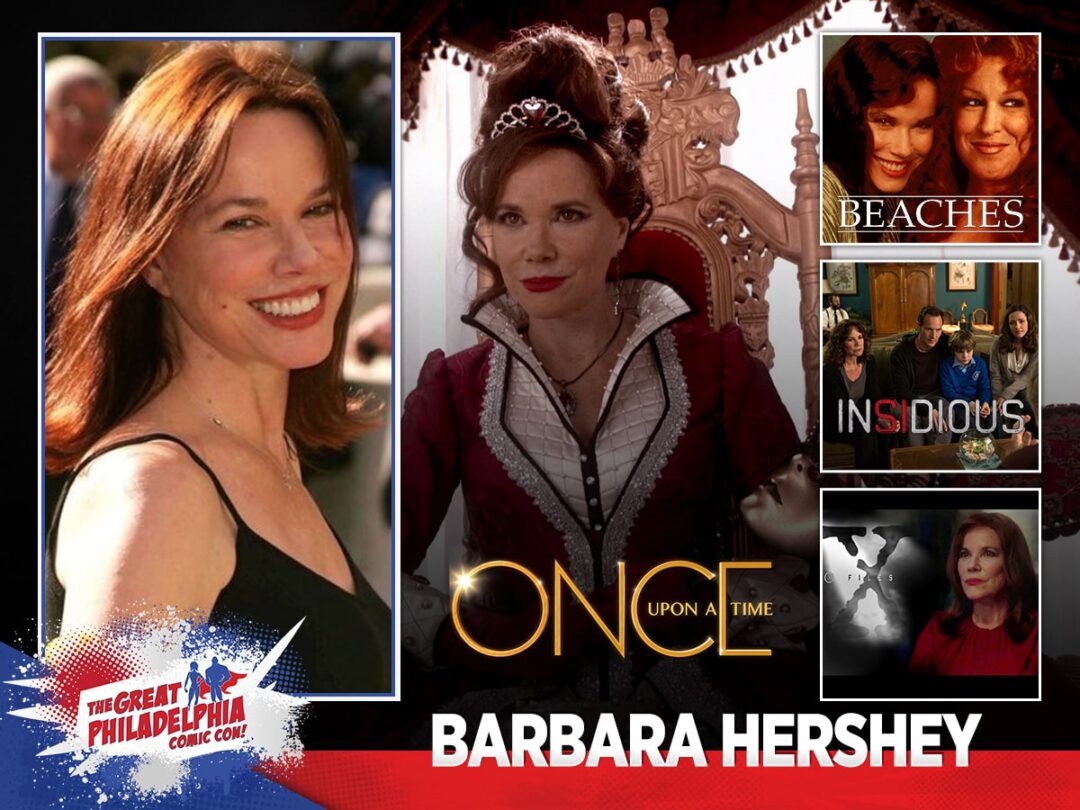 BARBARA HERSHEY
Once Upon a Time, Beaches, The X-Files, Insidious, Black Swan, Falling Down
*APPEARING: FRIDAY, SATURDAY AND SUNDAY

Barbara Hershey was born Barbara Lynn Herzstein in Hollywood, California, to Melrose (Moore) and Arnold Nathan Herzstein, a horse racing columnist. Her father, born in Manhattan, was from a Jewish family (from Hungary and Russia), and her mother, originally from Arkansas, had English and Scots-Irish ancestry. Hershey was raised in a small bungalow, and had aspirations of being an actress from her earliest memories.

The multi-award-winning actress has been in some of Hollywood’s most memorable films. She has been a winner of an Emmy and a Golden Globe for A Killing in a Small Town (1990). She won two consecutive Best Actress awards at the Cannes Film Festival, (which is unprecedented) for Shy People (1987) and A World Apart (1988). She won a Gemini Award for Anne of Green Gables: A New Beginning (2008) for PBS and a Lifetime Achievement Award at the Vienna International Film Festival.

Hershey was nominated for an Academy Award for The Portrait of a Lady (1996).

She’s worked with some of the world’s great directors, among them – Martin Scorsese, William Wyler, Woody Allen, Jane Campion and Darren Aronofsky.

The versatile actress was first discovered by a talent agent while she was attending Hollywood High School. She began working in television, The Monroes (1966), and film, With Six You Get Eggroll (1968), with Doris Day. And with roles in The Baby Maker (1970) and Boxcar Bertha (1972), Hershey quickly advanced to starring roles.

During the same period, Hershey remained active in features. She was nominated for an Oscar and Golden Globe for The Portrait of a Lady (1996). She also starred in Merchant-Ivory’s A Soldier’s Daughter Never Cries (1998) and the award-winning Australian film, Lantana (2001).