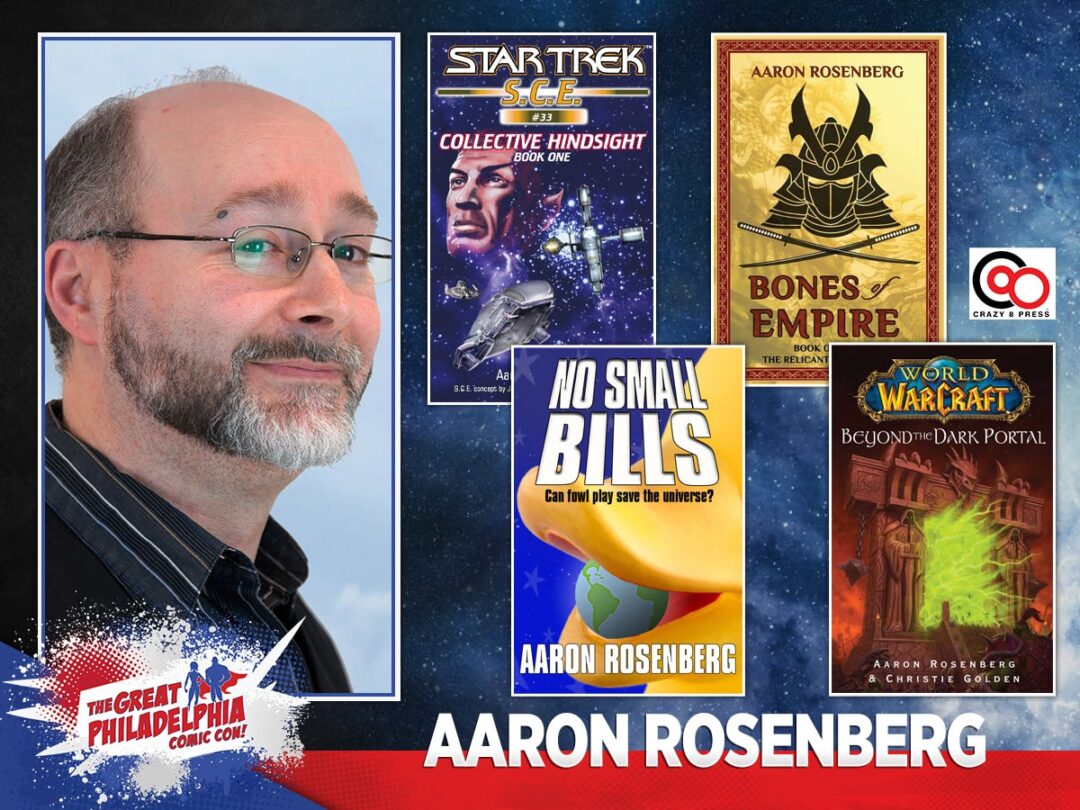 He has written children’s books (including the original series STEM Squad and Pete and Penny’s Pizza Puzzles, the award-winning Bandslam: The Junior Novel, and the #1 best-selling 42: The Jackie Robinson Story), educational books on a variety of topics, and over seventy roleplaying games (such as the original games Asylum, Spookshow, and Chosen, work for White Wolf, Wizards of the Coast, Fantasy Flight, Pinnacle, and many others, and both the Origins Award-winning Gamemastering Secrets and the Gold ENnie-winning Lure of the Lich Lord).

He is the co-creator of the ReDeus series, and a founding member of Crazy 8 Press. Aaron lives in New York with his family.